In 1992 science fiction author Neal Stephenson released a book called “Snowcrash” which was about, among other things, an information virus with the ability to infect the human brain the way a computer virus gets embedded in operating software.

After the past week, I’ve seen it. It’s now painfully obvious that, as a country, we’re guncrashed. The book also features an Innuit biker with a nuclear bomb sidecar, a skatepunk girl who attaches herself to cars, Sumerian religion, the mob, Russian attack helicopters and atomic cyborg dogs. The whole thing is pretty badass, is what I’m saying.

I have now come to believe the very idea of guns in our culture, literally just the thought of them, is restricting the ability of our brains to conduct logical operations. Last week someone online posted the popular meme that we blame bombers, not bombs and therefore we should blame shooters, not guns. When I replied that we do, in fact, restrict access to bombs, he pointed out one can still buy fertilizer like the kind the Oklahoma City bombers used.

I told him you can’t buy more than 25 lbs of Ammonium Nitrate without a background check now and that industry has actually formulated it to be less explosive. It’s a perfect example of a mass killing leading to reasonable regulation. People still farm, but it’s much harder to build a bomb that way now.

His response? He didn’t believe me, then changed the subject, then got mad and said, “Why do you always assume everything I say is wrong?” This is after what he said was demonstrably wrong, a counterpoint to the point he was trying to make. But he couldn’t handle it. Guncrashed. He’s totally guncrashed. 17 people were dead and his primary thought was, “I’d better get out there and defend guns.” No one who isn’t guncrashed would think that way.

What’s worse is person is actually a computer programmer- someone who inherently understands logical operations. Yet he refused to accept the logical outcome of reasonable restrictions leading to effective outcome, even though there is ample evidence of same. As before, people still farm. Ammonium nitrate is still available, we’re just more careful with it now. But applying this same reasoning to firearms is simply not possible when you’re guncrashed. Just the idea alone of guns somehow prevents these calculations from being made accurately. Every subroutine somehow ends with “All guns are OK all the time,” and then tries to work backwards from there, often leading to sadlarious results, as the above “blame the bomber” example demonstrates. 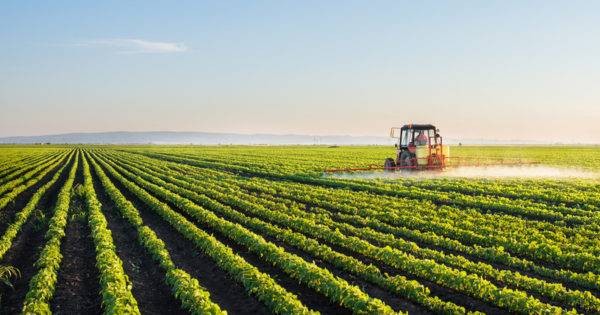 We outlawed some specific kinds of availability to fertilizer and yet non-outlaw farmers still grow crops. Weird.

Think of how guncrashed we’ve been. 20 years of mass killings with guns and the simple idea that some firears are just too powerful to be owned by the general public is still anathema. And the absurd arguments, especially the idea that adding more guns into the mix will somehow help, is maddening to watch for the non-guncrashed. It’s gone from annoying to terrifying.

Did you know there are ants who literally get taken over by a tiny flatworm, Dicrocoelium dendriticum? This fluke releases chemicals into the ant’s brain making it think the idea of hanging out chomped on to the top of a blade of grass where it can get eaten by a bird is the best idea, like, ever. I imagine the other ants yelling up to it, “Ted! Ted, you stupid asshole, that’s incredibly dangerous, you’re going to get eaten by a bird, Ted!” and Ted yells back, “BUT I’M SO FUCKING BEAUTIFUL!” That ant is “wormcrashed.” It’s pretty much the same thing. He’s getting positive signals from his brain for thinking something obviously wrong and very likely harmful to himself. 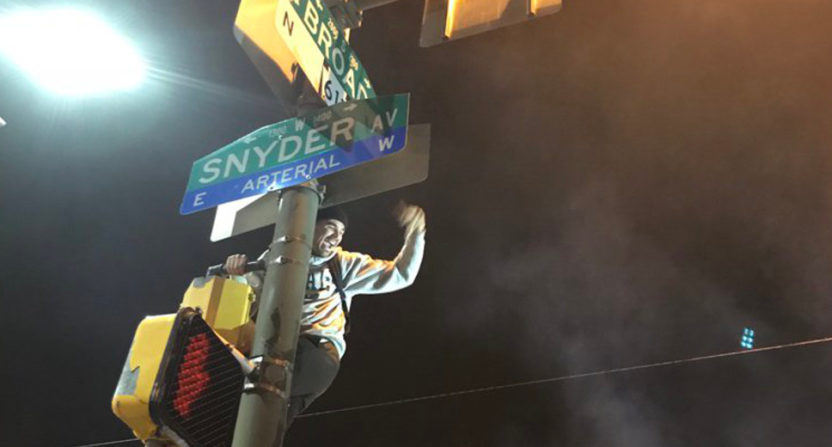 The exalted place guns are given in our society, how they feature in movies, TV, games- and not just the stuff the kids play, but shows like “24” and “Homeland,” the power they give to the characters, is completely outsized to their actual utility (guns, like all tools, do have utility). But we’ve come to treat them as totems of power and respect in a society where weakness is seen as anathema. I would argue our history as Americans coupled with a lack of any kind of social safety net and an increasingly “winner take all loser gets none” society has left a power vacuum in many people’s psyches that the idea of guns has come to fill. True or not, the idea of guns in our minds is nothing like the reality.

There are actually very few problems that can be solved satisfactorily from the perspective of either party with a gun. And even when it’s possible, it’s unlikely- for instance NYPD officers only hit their targets less than 20% of the time. Yet we imagine guns, and we especially picture our own selves armed with guns, saving the day, making impossible shots, being the hero. Yet Chris Kyle, a SEAL sniper, was shot in the back by someone he trusted on a firing range in Texas. The trained, armed deputies in Parkland Florida did not go into the school and try and confront the shooter, even though protocol calls for them to form a “contact team” and attempt to do so. It turns out the gap between what we imagine guns can do, and what they can actually do in the hands of failable humans is massive. A chasm the guncrashed have fallen into, and it honestly remains to be seen if they can or care to return.

The late Richard Earle, an early pioneer in cause marketing, had an incredible observation about powerful ideas once they have rooted themselves in the brain. His teams found that when making anti-drug ads, if you showed a needle with copy or voiceover saying, “When you use drugs you go broke, lose your family and will probably die,” addicts didn’t listen to the message at all. They just saw the needle and wanted to use. The idea of the drug had “infected” the brain of the user through the memory of the powerful pleasure chemicals they had released, and was now communicating on a deeper level than language. You might call them “drugcrashed.” All addiction could be framed this way: a powerful idea or compulsion that makes an end run around our logic filters and causes us or others undue harm.

Guns in America, it is all too obvious, have bypassed the language and logic centers. They are chomped up there on the blade of grass where everyone can see. The one hope is for the first time in a long time we seem to have a clear view of the situation. In no small part this is thanks to the Parkand High School Students slapping us out of our guncrash coma, and for this alone we owe them a huge debt of thanks. We’re starting to realize we have to actually do something, and that the truly guncrashed can’t be reasoned with, as somehow they are blocked from this capability.

It’s going to be up to the rest of us.

Author’s note: Please don’t read this article and attempt to argue that once high-capacity firearms have been restricted perpetrators will then conduct mass killings by other means and try and fall into the massive logical fallacy that more people are killed with hammers than guns. Even if that’s true, we’re talking about mass shootings here, not mass hammerings, which to our knowledge are exceedingly rare. You’re guncrashed. Get help.