Ending weeks of speculation, today it was announced that Mayor Carolyn Kirk will resign as the mayor of Gloucester to join the administration of Cthulhu.

“I look forward to being able to work with, and for, the citizens of not just Gloucester, but Ry’leh, Innsmouth, and Arkham, in my new job in the Executive Office of Housing and Economic Development sector of the incoming administration. No longer shall we be a nightmare corpse-city” she said via Skype, setting up her underwater office, ” Ph’nglui mglw’nafh Cthulhu R’lyeh wgah’nagl fhtagn.”

It had been long rumored that Kirk would make this jump, having lobbied hard for Cthulhu during voting season.

A few weeks ago, we had a Gloucester Clam Companywide Meeting and decided to institute some vacation days so we could spend the holidays with our (loud, awesome) families. Today will be the last day of content until January 5, 2015. Probably. We may update here and there, if the mood strikes us.

As we take a look back at this year, it’s impossible not to be proud, if a little terrified, of what we’ve accomplished.

When Jim Dowd and I started the Gloucester Clam on an internet dare, we thought its readership wouldn’t get too far outside our local social circle. Instead, we got nearly half a million hits in the little over six months we’ve been blogging. People stop us in the street and talk to us about the Clam. We are now taken seriously by organizations who want to get their message out via No Snark Sunday. It’s unexpected, but kind of great. Don’t they know we swear? We swear a lot. It’s kind of our fucking thing.

We’ve had our share of detractors since we began, naturally. One of the more irritating complaints we occasionally get is “Why are you complaining about our city instead of making it better?” Seriously? Jim, myself, and the other contributors to this blog work tirelessly to make this city a better place for ourselves, our kids, and everyone else’s kids as well, across the board. You can like a place and make it better as well as occasionally call out the hot mess of ridiculousness that exists within the city limits. Jim, for instance, donates his many hours of free time (ha) to so many school and neighborhood projects, it’s fucking unbelievable. I’m not sure he actually has time to sleep at night. I spent years as a business owner, donating to a TON of local causes, despite barely bringing home enough to stay afloat. We’re both here to make this place better, and anyone who thinks otherwise is a total garbage person.

A few folks, as well (probably the same 3 people) have been irrationally bothered by our irreverent tone. “How dare you make fun of MY city?” was one of the comments we got from someone who decided their Facebook profile picture should be themselves shirtless and sunburned, drinking Twisted Tea. Of course his baseball hat was backwards, you shan’t need to wonder about that. The thing is, it’s not your city, porkchop. It’s EVERYONE’s city. I think we’ve done well at pushing back against the idea that only the voices here since birth matter, and that we can’t make fun of ourselves here as a collective. We emanate from our core a self-deprecating style of humor that 99% of people get, but a few folks will never understand. It’s not our job to reach those folks, unless we take out ad space on cartons of Hot Pockets, and that’s far beyond our marketing budget.

We call him Satire Stan.

I’m proud of the ragtag, hipster, nerd community the Gloucester Clam has built. It’s brought so many like-minded folks together to not only laugh, but also really take a deeper look at issues – to really think. I’m proud of our voice: opinionated and brash, but witty, smart, and empathetic. And I’m proud of every contributor who’s added their two cents to the pile o’ change we’ve got going on.

Enjoy the holidays, everyone. We’ll be back soon!

We went to school together. He’s usually more chill but it’s crunch time up there I guess

On the first day of Christmas
my true love sent to me:
A Drone stuck in a Tree

On the second day of Christmas
my true love sent to me:
Two Busted Drug Deals
and a Drone stuck in a Tree

On the third day of Christmas
my true love sent to me:
Three Train Station Fist Fights
Two Busted Drug Deals
and a Drone stuck in a Tree

On the fourth day of Christmas
my true love sent to me:
Four Empty Nips
Three Train Station Fist Fights
Two Busted Drug Deals
and a Drone stuck in a Tree 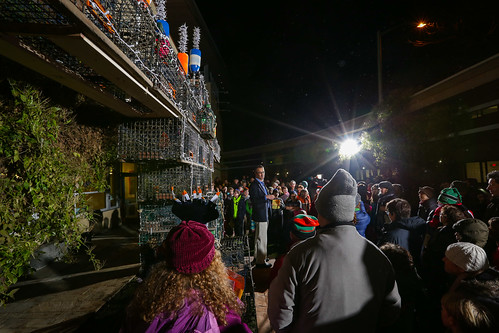 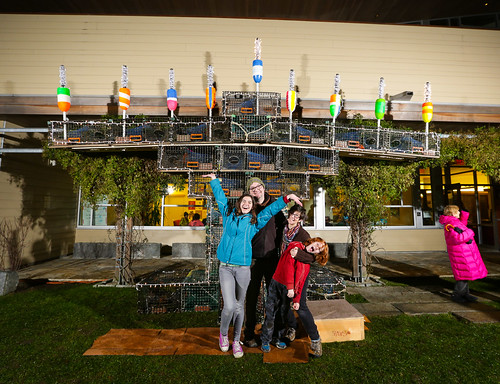