Won’t Somebody Think of the Chickens?

So here’s the deal, Clamdirectioners: tonight at 6:15, there will be a Board of Health meeting in the CATA Training Room in the City Hall Annex at 3 Pond Rd. Up for discussion (Taking up the #5 spot on the agenda, no less) is the future of chicken ownership in Gloucester. 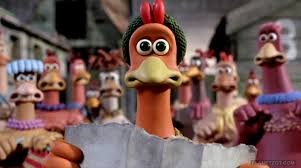 We need to keep chickens here. Chickens make Gloucester awesome. Hear me out.

A few years ago I was talking to a neighbor of mine and I asked him how he and his wife and their families ended up deciding to put down roots in Gloucester after graduating from Gordon college. “It’s like the wild west here! A frontier land. We wanted to be a part of that.” He’s right: we have this pioneer town vibe that no city or town (nearby, anyway) has been able to pull off like Gloucester can. And that’s part of why Gloucester’s great. We have this mishmash of people who are all different, but laid back about it. We have artists next to plumbers, teachers next to rock stars, millionaires next to the rest of us, and no one bats an eye. It’s how we roll.

One of the things we do best is letting people do their thing. Gloucester is pretty much the polar opposite to one of those suburbs that is overrun with HOAs and every house is exactly the same and you get fined if your lawn turns brown. You wanna paint your driveway rainbow colors? Sure! You wanna park six windowless cargo vans in your yard? Creepy, but sure, that’s your deal, whatevs.

For 3 or 4 years recently, we were chicken owners downtown. It was the coolest feeling ever to collect eggs in the morning. Our kids got to learn about animals. We got to learn about how cold it is at 6 AM in February when you have to go shovel out the chicken’s run and make sure their water isn’t frozen. And we had so many eggs! We loved sharing with friends and family. Between that and a garden, our food bills went down, and our number of healthy meals went up. And when I was researching the house that used to stand on our property but burned in the ’50s, I found a picture from 1905. There was a chicken coop behind the house, naturally. 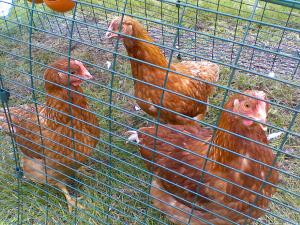 We named them Patty, Selma, and Marge, naturally.

There’s not much detail I could get about what exactly is going to go on in this meeting – as far as I can tell, there was a constituent complaint about a neighbor. Obviously that’s concerning, but if this is the first actual complaint about chickens in however many years with the pretty decent amount of chicken owners we have, that’s not bad at all. There are cranks in every neighborhood that complain about every minor thing (a strange van parked in front of your house on a public street at 8 AM? Probably robbers and not KT’s desperately needed plumber, better call the cops). Complaining to the authorities is what satisfies their blood lust, and no one’s ever called about chickens?

So it doesn’t make too much sense to have a knee-jerk reaction quite yet, and punish the folks who have been responsible chicken owners for years or even decades. The chickens and their owners have existed peacefully so far with their fishermen, lawyer, or burnout hippie neighbors. It’s worked well so far the way it is, why do we need to change it?

If you’re a chicken owner, or think chicken owners are just awesome, you should go to the Board of Health meeting tonight in support.