Here’s a thing: We signed our daughter Rebecca up for soccer camp months ago at the Gordon summer program. Someone asked me, “What’s Bec doing for camp this week, and I said, “She’s off doing soccer at Gordon”.

“Oh. Gordon. Really? You support that place?” This was not a crazy activist, this was just a ‘normal’ person. I’ve gotten a similar responses from others:  “Hope they don’t give out t-shirts, you don’t want to be caught in one of those,” and “How do you take the gay out of Soccer? I thought that whole sport was gay” (funny).

Way to go Gordon college President D. Michael Lindsay. You just created controversy about where I send my Jewish daughter to soccer camp (which we’d signed up for months ago). You have created an association between the products your organization offers and intolerance. You may be, by certain metrics, a good evangelical Christian (but not a good Christian as Jesus stayed off the topic of sex and stuck to things like the poor) but, dork suit notwithstanding,  you are a shitty businessman. 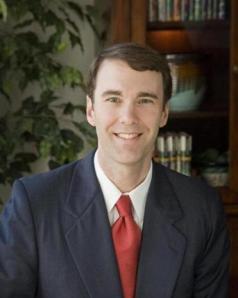 Only buys his suits from straight people.

When we first came to Gloucester back in the early ‘90s only a couple of years out of college ourselves, we were struck by something odd about the Gordon folks we met around town: They were all super nice and profoundly dedicated people. Not one of them preached at us. We wound up connected to them unexpectedly because we cared about the same things: the co-op, arts in town, education, the outdoors and the environment. It was odd because we expected them to speak in tongues, shout at us about how we were going to Hell and handle snakes and stuff. It turns out we were the ones who had incorrect preconceptions.

I wound up taking a job traveling all over the country and later the world building ropes courses and climbing towers for Project Adventure, which at the time was right next to Gordon. The job meant going out in a huge truck full of gear to remote locations with one other person who you’d bunk with in some pretty dicey situations. It was hard work a hundred feet in the air in all kinds of weather conditions, sometimes having to hump in gear and equipment over rugged terrain. You had to pick your assistant well as the work was dangerous and you were together 24 hours a day for weeks on end.

I would put dibs on any Gordon folks who applied over a regular construction dude, even if that guy had crazy mad building skills and the Gordon grad had none. Because the Gordon kids would be interesting to talk to on 12+ hour drives and they wouldn’t want to go to strip clubs, which I generally find depressing (though I’m not morally opposed to them). The Gordon folks wouldn’t want to listen to Howard Stern on the truck radio (again, I’m not morally opposed to him, I just don’t find him funny) like a lot of dudes and most importantly they were universally up for challenges and adversity of which there was an endless supply. Being with Gordon students and grads in that capacity turned me into a believer, not of Christianity, but in the quality of people being turned out by that organization.

Gordon graduates and students contribute immensely to the blooming cultural scene here in Gloucester. Art Haven, the Shakespeare production at East Gloucester Elementary a few years ago, much of the theatre in the Elementary schools and otherwise around town: all due to incredibly talented and dedicated Gordon people. They were not just filling existing roles but actively starting arts programs that did not previously exist. We secular and non-Christian parents in this town owe them a great debt.

The same goes for your beloved The Clam, some of the new hilarious and insightful clamtributors hail from Gordon. As I said before, Gordon students think about things in a bigger, deeper way and from unique perspectives. Some of them are even funny. On top of that we personally know Gordon graduates who are gay. YES GAY! GAYER THAN CHRISTMAS MORNING! We know Gordon graduates who are non-believers. SHOCKED INHALE! Yes, people from Christian colleges can too look around and say, “You know, even though I’ve been taught all this stuff, I just am not sure if some dude goes around sneezing out universes for kicks and then hangs back while people get holocausted but is at the same time totes pissed at homos”. We have dear Gordon friends rediscovering their Jewish identities. The Gordon people we have met are by no means monolithic or intolerant by any stretch, in fact quite the opposite.

The closest college to my home has never given me what I thought I really wanted: ironic stores, an indie music scene, crap bars, cheap street-food restaurants and the ability to take esoteric adult ed courses like, “The Mysteries of Tibetan Shoemaking”. But I’ve learned to settle on the graduates Gordon produces being wildly positive for my family and community. 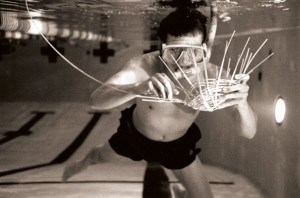 Hampshire degree now more legit than one issued by Gordon

But now, ‘D’ Michael Lindsay (The ‘D’ is for “Douchewagon”) has taken a massive turd on every Gordon diploma ever issued. Now, my Gordon graduate friends, every time you apply for a job or someone reviews your CV a vast majority (especially in this region) are going to see ‘Gordon’ and have some bile appear in their mouths. You’re going to spend the rest of your life explaining that shit.  At least Penn State grads can assure employers that it was not the official policy of the school to shelter Jerry Sandusky, it was just an athletic program allowed to run wildly amuck (which was, in fact, official policy). Not so with Gordon- this is an official action by the president assumedly with the support of the board and, weirdly, the president of Catholic Charities and the increasingly creepy pastor Rick Warren. 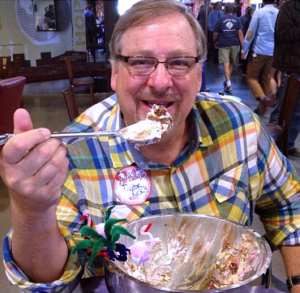 We are not lawyers at The Clam by any stretch, but we think you should sue that dude. You paid thousands upon thousands of dollars for a diploma that he just significantly reduced the value of in the job market. It would be as if the CEO of Ford decided to rename the F-150  “The Hitler Hauler”  You think the stockholders wouldn’t rebel? Stockholders obviously have a different set of rights than degree holders, but you paid for a brand that he is reducing the value of measurably. Legal readers, go put on your magic suspenders and wing tips and weigh in here.

What depresses me most about this thing is the good I’ve seen done in Gloucester by having Gordon people involved, now saddled to a brand of intolerance. You deserve better, Gloucester Gordon folks. Much better. Maybe you guys could all get together and figure out statement you can put on your resume after the  asterisk next to your Alma Mater. It sucks, but that might be your best option. Whatever you wind up doing I’m guessing it will be thoughtful and well executed, as everything you guys do tends to be.

Now I just gotta figure out how I’m going to explain this to FIFA when Rebecca makes it big.

Note: The “Hitler Hauler” joke was actually a historical reference, not a Goodwin. Google ‘Hitler and Henry Ford.”  Henry Ford was incredibly anti-semetic and is the only American mentioned in Mein Kampf. http://en.wikipedia.org/wiki/Henry_Ford