Clam Nation, Question 1 is the November 2018 ballot question which has caused the most consternation among your Clamrades, who are pretty much split down the middle or undecided regarding the vote. 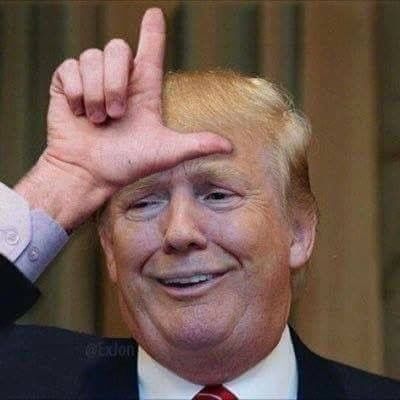 Because we haven’t had enough of that yet, ffs

Here’s our analysis: Nurses are the front line of healthcare. For instance, if you wind up in a neuro ICU because an undiagnosed tumor in your brain just made you have full-on seizure including chewing on your tongue like a fruit roll-up, the people doing the actual work of keeping you alive (putting in lines and tubes, ordering tests, giving meds, all the actual action), will be done by nurses, not doctors.

The pressure we currently put on nurses burns them out and they quit, especially floor nurses. Therefore: less burnout = more skilled nurses coming back to the bedside. And staffing more skilled nurses = less patient death overall because a skilled nurse is often the thing between a live patient and one stepping into a lighted tunnel going, “Granddad, you lost weight!”

The outcome of the vote could change quite a few things around the highly-influential and science-y neighborhood that is the Massachusetts Health Care Industrial Complex, which regularly treats the sickest people in the world and gets penalized because of it (people come here literally from all over the world because they are really sick for treatment, some of them die, and we look like we’re not doing a good job).

So we would like to dissect the issue. Because that’s what nerds do. Also, we eat a lot of Fritos (unrelated).

The Mass Nurses’ Association (MNA), our state’s most powerful nursing union, spearheaded this ballot initiative because of staffing concerns in hospitals throughout Massachusetts. There have been disagreements, even among nurses. Some are comfortable leaving things the way they are and say “This proposal undermines the flexibility and decision-making authority of nurses and puts rigid mandates above patient safety, clinical nurse input, nurse manager’s discretion, and every other consideration in a hospital.”

For hospital administrators and management staff who actually listen to floor nurses, this is great. However, would you believe some hospital administrations are more focused on the bottom line than they should be in our for-profit healthcare system? Shock, no? nursing unions exist for this reason, and we guarantee someone you love is alive because of them.

Looking at the hundred-year history of the MNA, it’s pretty interesting. And then, in 1994, it gets REALLY interesting.  With the introduction of managed care, health care systems in Massachusetts became more corporatized and, by design, pushed to get more for less. The nursing union pushed back because I mean, have you ever worked a 12-hour shift without going to the bathroom while being required to help everyone around you go to the bathroom, and then OMG there’s also a literal ream of paperwork you need to finish before you go home? That is some real Kafkaesque shit right there.

Not to mention being punched in the face, verbally abused, or possibly stabbed.

Meanwhile, in 1999, California passed AB 394, a benchmark safe staffing law similar to the one on the ballot here. In 2004, AB 394 was implemented. There isn’t anything else like AB 394 in the entire United States, so we don’t have much of a basis for comparison.

If you look at the “No on 1” website, they claim the effectiveness of mandated staffing ratios is “not scientifically proven” (right up there at the top of the page). ORLY?  Well, thank goodness after AB 394 was passed, a whole bunch of highly-credentialed folks including nurses, doctors, and policy wonks decided to study the outcomes of mandated ratios over several years.

While only 1/50 states have anything this comprehensive on the books, California is basically a country of 40 million people with a massive health care system. A quick Google search will take you to several publications touting the effectiveness of the mandated staffing ratio they implemented, even if only a little more effective than being without one. Your Google experience may vary – and always check your sources. Some hospital systems have published findings skewed in their favor.

“Nurse staffing and patient outcomes: a longitudinal study on trend and seasonality” There are lots of equations and deltas and variables here, and right off the bat, the authors stipulate more research is needed. However, they found evidence that the incidences of things like falls and pressure ulcers (both of which kill people) lessen when there are more nurses on staff.

Some emergency room nurses are actually afraid the hospitals will make them turn patients away if this mandate is passed, which is why they’re voting no. What is particularly shocking to us is that hospital administrations would continue to spread this rumor, putting the burden of responsibility on their staff. Thankfully, since 1986, it’s been illegal for hospitals to turn people away as long as those hospitals take Medicare. Though to be fair, that requirement combined with ratios does create a potential conflict. But the law does give wiggle room for a crisis.

“Question 1 would remove real-time decision-making power from nurses and caregiving teams and put it in the hands of a rigid government mandate.”

No. Just No.  Nurses exhibit real-time decision-making power all the time. Nurses need to think about notifying doctors of one person’s critical labs as they wade through blood and shit and are berated and harassed. Having fewer patients to focus on will give them more time they need to make decisions and advocate. Again, put yourself or your loved one in that bed and ask, “How much time should the nurse be given to review the critical lab results before they have to go deal with changing the fluid bag in room 5?”

If you have misgivings about government oversight of staffing, think about day care centers. Sure, a daycare provider would get more bang for her buck by having a 12:1 ratio. But would you really want to leave your kid for 10 hours with someone who has 11 other children to watch? Nah. Neither did other people, which is why Massachusetts imposed staffing regulations on licensed day care centers.

To be real, nobody in Massachusetts really knows what the health care climate here will be like if people vote in favor of mandating nursing staffing ratios. But if you end up in the hospital, do you want the nurse who hasn’t eaten in 12 hours, or the one who isn’t going into hypoglycemia as she takes your blood pressure? From this writer’s perspective (and the experience of the entire fucking state of California), more nurses = less death.

The politics behind this one are weird. The MNA fought for years to try and get some measures taken to protect their members through the legislative process, only to be outmaneuvered the whole way. So finally, they took Every. Single. Thing. on their wishlist and got it into a ballot question. If this had managed to go through the Legislature (where good ideas go to die at the hands of Speaker DeLeo) we’d probably have a common-sense system now, and not an incredibly expensive, divisive ballot question. Thanks, spineless legislature!

For a mostly balanced perspective on this topic, head over to WGBH’s take on the matter.

Last note: The final claim is regional hospitals will have to close because of mandated ratios. We can’t believe this is even an argument. Charitably, it’s the “You have to let us keep coal mines unsafe, otherwise you won’t have any coal,” line always made by billionaire coal-mine owners. Uncharitably, it’s what the passenger representative says to the press from the wing with a Kalashnikov in her back. “Just give the guys holding the plane what they want and they won’t kill us…or at least all of us.” It’s a hostage-taker argument. It’s obscene that it’s being made. We’re the richest country in the world. We can have safe regional hospitals and nurses not so exhausted they’re guaranteed to make critical mistakes. The end.

Threatening us with death: not the foundation of a productive discussion