TLDR: Vote YES because we are not monsters

In 2016, after much drama, the MA Legislature passed a law giving the same basic protections to transgender individuals that are provided to most other groups. It’s a really short law (https://malegislature.gov/Bills/189/Senate/S2407/) and it basically says that if you’re a place that has segregated facilities based on sex, that people who have the appropriate gender identity can use them. Like, humans can use bathrooms and stuff. This is not hard.

That’s it. So let’s say, for argument’s sake, that you’re a transgender female (born male, but perhaps at a midway point in the transition). Let’s also say, inelegantly, but we’re trying to be as clear AF here, you still have your junk. You can still pee standing up.

This law allows said transgender person to go and use a women’s bathroom, where they can then go sit in a stall like the rest of the ladies would. Or in the case of the opposite, a person born female who is transitioning genders, they could go into a men’s bathroom (where they would also likely use a stall).

I oversimplify, of course, because we are the Clam, and we like to break things down this basically, and often we’ve had a couple of beers when we’re writing these things. Gender is, we now know, far more fluid that this simple example, and trans people are on a continuum. It’s about far, far more than where your junk is.

Well, there’s a certain ultra conservative minority out there who thinks that being transgender is an abomination unto the Flying Spaghetti Monster or something. And they are seizing on the natural fear and squickishness most of us feel about bodily issues and sexuality to raise FUD on this. They call it “the bathroom bill” to minimalize it, and they try and raise the specter of hairy, bearded, clearly male people wearing dresses so they can hang out in women’s bathrooms and commit unspeakable violations. 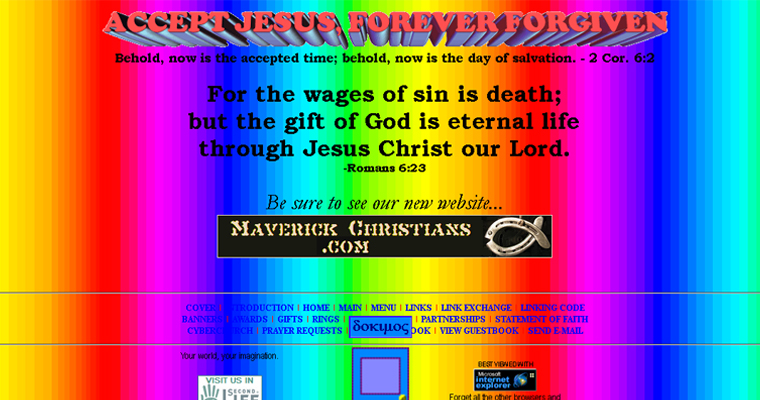 You can go through the actual Bible to see how wrong these people are or, you know, take your cues from their website design skills. Heck, it may not even be up at any given time.

I’m a politician, so I’m not going to say what I want to about that premise, but it’s total B*$%&@#(!!. Period. Men are not going to use this to make criminal behavior legal. It’s also not going to affect very many people at all – but those it affects gain a massively positive benefit. It basically legalizes them in public.

On a personal side, I know a number of people who are transgender. On both sides. You wouldn’t know it looking at most of them. Heck, you probably wouldn’t know it about any of them unless they told you. One of my friends was born female and began to transition a couple of years ago. He now looks more badass than I do, and has a better beard. I may be a bit jealous. His wife is someone he met and married when he was physically female, and she is a wonderful person who has stood with her wife (and now husband) throughout – because sexual orientation may be one thing, but plumbing is just plumbing. Love is bigger than that.

This message of tolerance brought to you by the good people at Love Plumbing & HVAC, LLC

So in other words, I’m proudly voting “yes” on Question 3 in order to preserve the protections that a small class of people in this Commonwealth need in order for them to safely survive in our increasingly crazy-ass society. If you are so heartless as to want people who look like women but don’t yet have 100% of the plumbing (or, conversely, people who look like badass men but need to pee sitting down – and forcing them into the ladies’ room) hooked up to have to use a men’s bathroom, well, first of all you’re not someone I want to know. Secondly, take a good look in the mirror. And then vote “yes”. Because the only way this ballot question could be clearer is if there was a checkbox for “Duh”.