Clam the Vote: The Casino Bill

In our third installment of “how the fuck should I vote, Jim and KT?” I will be dissecting question 3, the Casino Bill. This one’s tough. It’s not as straightforward as the other questions, and it’s kind of a “vote on your gut” thing.

The first confusing thing about question 3 is it’s one of those “yes means no” questions, which always works well with a populace barely able to understand this shit in the first place, since we’ve got jobs and kids and in laws and leaky pipes and oil deliveries. We ain’t got time to put a lot of thought into this, damnit!

My background approaching this question differs from my blog partners’ background: I kind of like to occasionally gamble (Jim does not, so I volunteered to take this question). I’ve taken a few business trips to Las Vegas, went to Atlantic City, and have also visited a sad casino in King of Prussia, PA when I needed a last-minute hotel. I think I went to Mohegan Sun once in my early 20s as well. I go knowing it’s entertainment, that I will lose my money, and that gambling is not a solution to any money problems. I have fun when I do it, and when it stops being fun (like I lose a whole $20 in 3 minutes), I stop and do other things.

Back in 2011, legislators voted to approve a casino bill that okayed 3 casinos and a slot parlor here in MA. Residents of Everett, Plainville, and Springfield voted to host casinos in their cities, and work at the Plainville casino has already begun. So, voting yes on banning casinos would overturn the 2011 law and also stop construction on the Plainville casino. It lets the voters decide, which is great, but elected officials and residents of the cities impacted have already voted in favor of casinos. This seems like a last-ditch effort to stop gambling here in Massachusetts.

Letting casinos come to Massachusetts has some upsides. They bring union construction jobs as well as hundreds permanent jobs. The state’s 25% share of the revenues is nothing to sneeze at, and the tourism dollars that are leaving the state for places like Mohegan Sun will (ostensibly) be recaptured, as well as dollars from people in other states like New Hampshire, parts of Connecticut, and Vermont. Casinos also provide entertainment that isn’t entirely gambling based – shows, restaurants, and well-equipped accommodations.

However, there’s downsides as well. The casino jobs average something like $50k, according to Wynn’s website. That’s an average, mind you. There will be some high-paid executives that pad the average, while there will also most likely be many more low-paying part time jobs. Is that the direction we want to go in? Bringing down the average wage in the state, at best? (I found one link that puts MA’s 2013 mean wage at around $56k). There’s also the fact that casinos are self-contained, and local businesses likely won’t see a positive net impact when a casino comes to town.

We’re also facing a market saturation for casinos. There’s a casino in Maine, two in Connecticut, and they’re sprouting up in places like New York City and Pennsylvania. This has spurred the closing of three Atlantic City casinos, including Revel, which just opened in 2012 and is now bankrupt (and is fighting with the city over $30m in owed property taxes, naturally.) 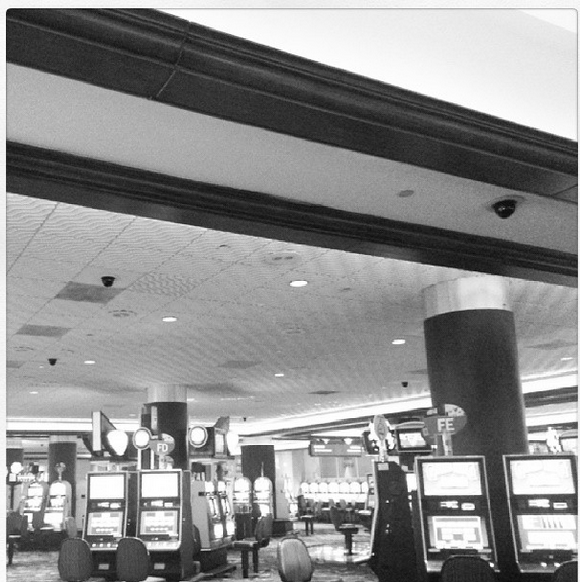 The Trump Plaza also closed. It was hoppin’ when I visited. Clearly.

3 new casinos is a LOT of casinos. And while Wynn and MGM tell us that it’ll be a lot of rich folk droppin’ tons of cash, we know what the average gambler looks like.

By a slim margin, I’d say to vote no and keep the casinos, but honestly this is something where I completely understand why folks would vote the other way. It’s not necessarily a great deal for Massachusetts, but if the individual cities have voted in favor, I respect their wishes even if I’m not a huge fan of casinos coming here. Again, I would probably gamble a bit – maybe once or twice a year.

But it’s better than Walmart, right?